exclusively on mediums.international
call me consult - no phone costs anymore - have your psychic or medium call you back exclusively

looking for readers
Online
In a Call

TOP RATED Mediums and Psychics Online!
Credits Consultations From 0,66 GBP per minute!
Call Me Have your psychic or medium call you back exclusively!
Reviews "TOP mediums..." Read more...
looking for readers

Which Psychic or Medium is good in Predicting the Future and Time? 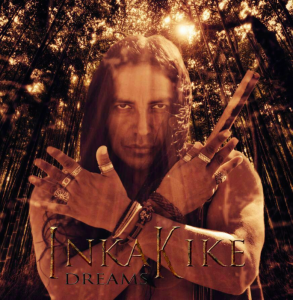 CD’s InkaKike you can order for 12,00 euro per CD by sending InkaKike an email to:

InkaKike was born in the Andean country of Peru, in Pampas Tayacaja in the region of Huancavelica.  Born closely related to the Quechua people, therefore steeped in their characteristic and traditional culture. This making his roots and music 100% authentic.

His Andean music, with its original chords from the teachers who interpreted them, accompany our artist, now well-known by his fans as InkaKike. A name chosen to allude to his original origins.

Throughout his childhood and maturity he was heavily influenced by his uncle; Hector Alfaro and also his brother Carlos Perez. Whom both in turn introduced him to the original folk melodies and the art of playing the typically Andean instruments such as: sikus or zampoñas (chilis, maltas, toyos), quenas, quenachos and other wind instruments. All these instruments have played a major part of his upbringing.

Initially in his own country and then much later in Europe, he designed and solidified his musical career.
From 1992 onwards, InkaKike played with several other bands and musical groups. he also collaborated with various other artists along the way, including the well renowned Diogenes Cuenca Indiógenes. But always loyally accompanied by his brother. The groups, Waraq Taki, Kuelap and Killay became very much part of his resume until 2003.

At this point, InkaKike decided to start a solo career, imbuing everything he had learned during the years of accompanying these other great musicians.

However, he now feels it’s time to explore new perspectives and initiatives. He is now based in Spain, the country chosen  as residence to further develop his career and his company Nativezone.

InkaKike continually forges steadily ahead, leading us to the present day, currently an accomplished musician and showman, attracting millions of fans of all ages and backgrounds, no doubt drawn by his sensitive expression and charisma, and the fusion of his ancestral notes played with his modern rhythms.